By Ella Perryman
For a strong dose of the joy of nature, head to one of our favourite mountain lakes. Whether you’ve hiked for miles to reach a ridge viewpoint, or just strolled over from your hotel, fresh air and still water make an irresistibly calming combination.

The combination of open space, crisp air and cool water give a soul-cleansing dose of nature. Here are a few of our favourite destinations, from the craggy shores of Scotland’s Loch Awe to the emerald waters of Italy’s little known Lake Braies. 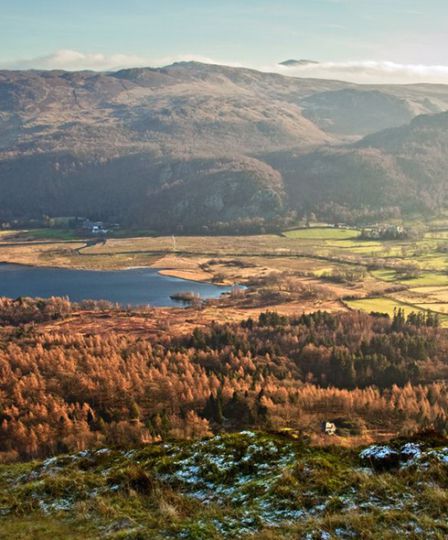 With mountains rising from the southern shores and four islands dotted across its few square miles, Derwent Water presents a dramatic, striking scene. But with the centre of charming Keswick just a ten-minute stroll from the water’s edge and the National Trust at work on the trails and viewpoints, it’s more easily reached and enjoyed than its remote feel might suggest. From the lakeside shop, waymarked trails lead out to the iconic Friar’s Crag, the Hundred Year Stone and the Chinese Bridge over the wetlands in the south. An eight-mile path runs right around the lake, but if you don’t have the time then traditional wooden launches can whisk you from Keswick to the far end and let you amble slowly back to town. Boats (motorised or oar-powered) are also available for rent in Keswick, so you can pack a picnic and head out to the islands for lunch.

Where to stay: Borrowdale Gates is a cosy hotel nestled between the peaks of Scafell Pike and Skiddaw. Hike round the lake and return to afternoon tea by the fire.

Loch Awe is a majestic 25-mile strip of water carving between the mountains of the western highlands. At its northern end sit the brooding ruins of Kilchurn Castle, a 15th-century Campbell clan stronghold, and other crumbling buildings along its length are testimony to a long history of settlement and conflict. These days, Kilchurn Castle can be visited by taking a short boat trip or a walk over the bridge from Dalmally and the surrounding mountains offer incredible wild hikes. A three-mile route from Dalmally leads up into the hills, ending at the foot of the looming Cruachan Dam, while halfway down on the western shore is the bog and boardwalk scramble of the Inverinan Trail. It’s also a renowned spot for fishing, so you can spend a relaxing day going after char, trout and salmon, with a chance of seeing the eagles and ospreys showing you how it’s done.

Where to stay: Sithean is a raised eco cabin in the hills. Enjoy the sunrise over Ben Cruachan from the deck and ease tired limbs in the mini sauna

Huge limestone rock faces and steep forested slopes rise straight from emerald green waters, enclosing Lake Braies like a literal hidden gem. The site in the Dolomites of northern Italy is recognised by UNESCO World Heritage for its breathtaking natural beauty, which means that settlement on the shores is limited to a few spectacular lakehouses. There are numerous trails in the area, including the  four-kilometer path around the lake and the climb up to another iconic sight, the Prato Piazza, a massive alpine meadow surrounded by white peaks, where you’ll be hard pushed to resist a quick Julie Andrews spin. While a summer swim is a brisk, refreshing experience, in winter Braies is best enjoyed from up on the slopes, where skiing and snowshoe hiking can get you up to incredible viewpoints of the frozen surface. Some years, the ice is even thick enough for a well-wrapped skate, before you settle in by a fire with something warming.

Where to stay: Hotel Schloss Sonnenburg is a grand mountain hotel, with two pools, fantastic food and a stunning setting on the Tyrolean slopes 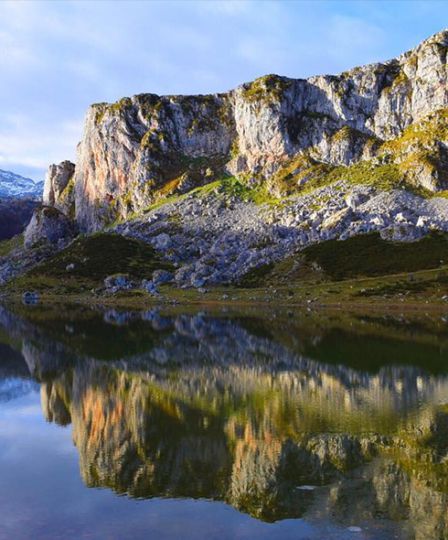 The Covadonga Lakes are two sparkling splashes of blue in the green and grey landscape of the Picos de Europa National Park in northern Spain. The Asturian part of Picos de Europa was Spain’s first National Park and its careful preservation and remoteness are evident in the abundance of wildlife. Ponies and cows roam the fields by the lakes, but wolves, bears and eagles all also flourish in the enormous wilderness. In Covadonga itself, half an hour down the road, the pink stone basilica rises over the tiny town. The church with its cave chapel is a popular stop for those visiting the lakes, with the twin spires visible high up on the mountain as you approach along the valley. The glacial lakes, Enol and Ercina, are reached by a steep, winding road that’s popular for cycling events. Once you’re up, however, gentle paths run between the two, suitable for all levels and ages to wander from one to the other end and picnic on the sloping shores.

Where to stay: La Casona de Con is a B&B hidden down winding roads that hug the valley walls. Friendly staff, amazing hiking and setting like no other 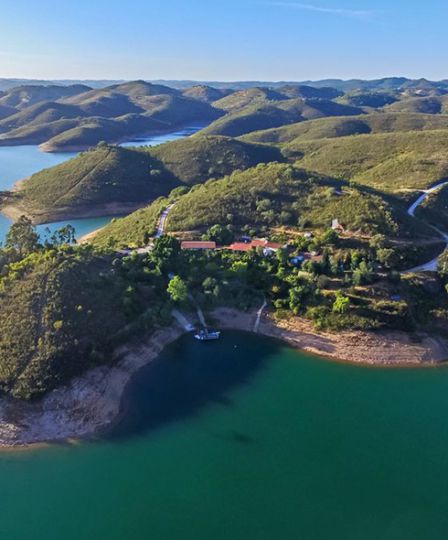 Central Portugal’s Alentejo is a world-renowned birdwatching site, visited by giant flocks feeding on the blooming wildflowers during the spring migration. In the centre of that sweep of hills lies the crinkled, branching expanse of the Albufeira da Barragem de Santa Clara. Bypassed by major roads and devoid of any sizeable settlement, the lake is an incredibly peaceful place. Kayaks can be rented from Santa Clara for long days of paddling in and out of the channels and pulling up on the sandy fringes for sunbathing breaks. There are trails leading off into the meadowlands all round the lake and the area’s microclimate keeps the water to an average of 18 degrees in summer, perfect for cooling off when the heat of the sun gets too much.

Where to stay: Quinta do Barranco da Estrada is a sociable, lakeside B&B with a path that winds down to a jetty on the ever-warm water 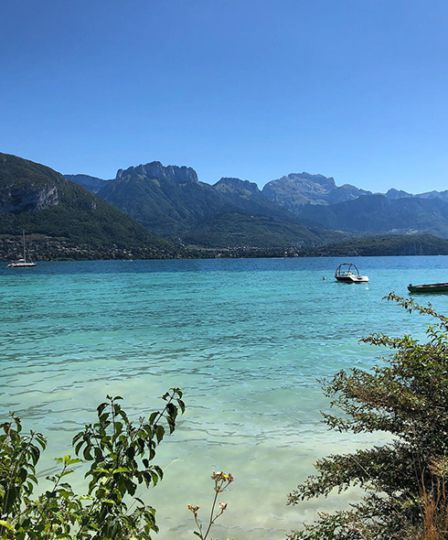 The north end of this famously beautiful lake is a place of chilled champagne drunk on shaded terraces, with a background hum of motor boats ferrying people between turreted castle hotels and the town piers. It’s perfect as the final stop on a long trip or for an indulgent weekend where you can stroll down from a lakeside bar, dive straight into cool water and swim out to where kids leap off floating platforms. At the south end of the lake however, crowds fall away and the wilder side of the mountainous landscape reveals itself a little. From the village of Montmin you hike all the way up to La Tournette, the brooding peak that overlooks the whole area. This is still a popular trail, so you’ll probably meet other travellers as well as the local ibexes, but the steep route ends at the rugged peak and the views all the way back along the lake’s length are wonderful.

Where to stay: All the class and style you’d expect from an Annecy hotel, but with a friendly, family atmosphere to go with those incredible lake views