Arriving somewhere to find it crowded with sightseers can be frustrating, but dodging the hordes doesn’t have to mean going on a Tuesday in January or avoiding the places you really want to see. Many great destinations offer as much, or even more,  off season as they do in peak tourist times. With fewer people around and the locals more relaxed, a place can feel more natural and welcoming. Our search for off-season adventure spans street markets and galleries springing up in Porto, glaciers dripping in the Alpine summer sun, Tuscan truffles, Spanish orange harvests, island whisky distilleries, and warm firesides in the crisp winter of the Lake District. There’s something for every time of year, because it’s always off season somewhere. 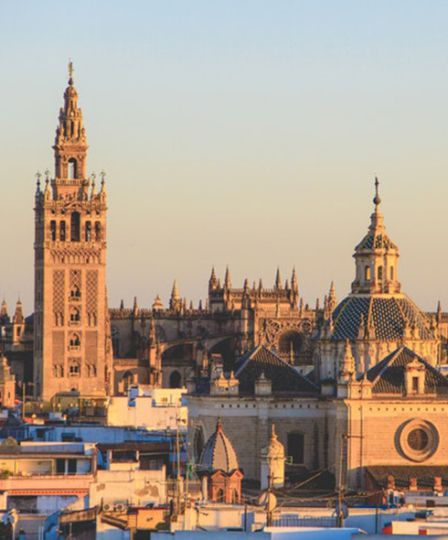 Seville in January and February

While Seville is far from empty in January and February, the crowds are certainly thinner and the parks and squares can be enjoyed in 20 degree heat, rather than summer’s fierce temperatures. The incredibly bounteous orange harvest lasts from late in the year till around the end of February, so you’ll find the bitter fruit lying ungathered in the streets, crushed by wheels and feet, filling the air with the scent of citrus.

In recent years, local restaurants have begun competing in Jornadas Gastronomicas de la Naranja de Sevilla (Seville Orange Gastronomic Days) in late February, creating tapas and drinks using Seville’s most famous produce. For anyone missing the colourful pageantry of April’s Holy Week, The Three Kings Parade is part of the festive calendar leading up to the traditional gift-giving day of 6th January. It fills the streets with sound and colour, and gives you a chance to add the seasonal Roscón cake to a diet of salty fish tapas, fine wines and all manner of orange-based produce.

Places to stay
Casa 109 – A stylish apartment with BBQ roof terrace in the trendy Alameda district.  Follow the owners’ book of tips for local bars.

Hotel Alminar – A minimalist hotel In the heart of the city, where the higher look out on the Giralda and you’re minutes from the sights. 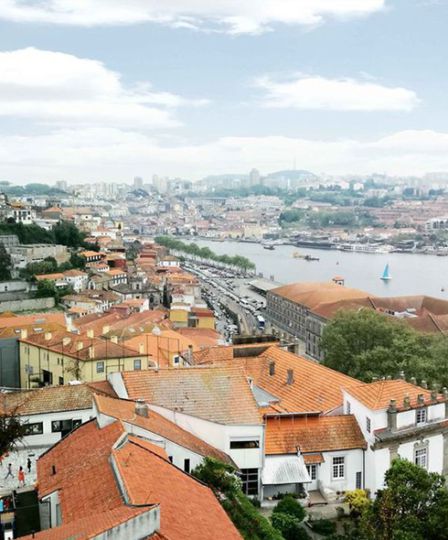 Porto in March and April

Some talk of Porto’s UNESCO World Heritage old town and the ornate tiling that catches your eye all round the city, while others revel in the late night bars and fine seafood restaurants on the riverside. In summer the city is at its peak for tourism, but spring is when the Portuguese come to Porto themselves and fewer international travellers make the trip. The locals are drawn by the warm weather and the blooming of the Douro Riverside, the gardens of Serralves and Porto’s Crystal Palace.

Produce flows into the city from the surrounding regions and the urban meadow of Cantinho das Aromáticas. At the historic Bolhão Market you can buy fantastic local wine, olive oil and salt cod to take away, or go upstairs to where small restaurants create delicious lunches from the goods below. Porto’s art world reawakens along with the natural world, as galleries switch to their major spring exhibitions and draw a cultured crowd that flows from cool halls in the day to lively riverside bars and the concerts of the Casa da Música at night.

Places to stay
Torel Avantgarde – A hotel that brings together all of Porto’s themes in an arthouse, riverside hotel and bar, with rooftop terraces looking down on the Douro. 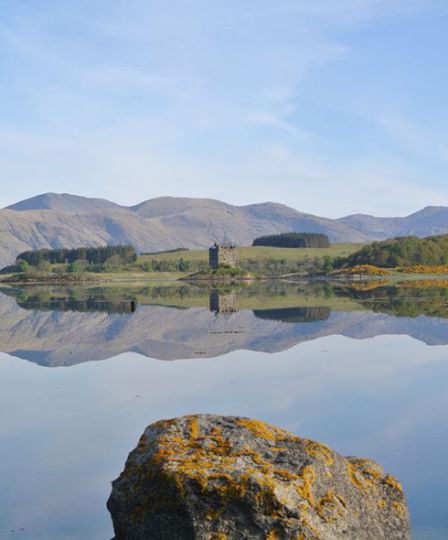 Argyll and Bute in May and June

Scotland is a year-round destination for many reasons, but World Whisky Day in May gives you a great excuse to spend springtime walking and tasting off the west coast. By going early in the year and sticking to the islands you’ll be dodging not one but two population surges – the influx of tourists in summer and the hordes of hungry midges that make the nearby western highlands a hazardous destination at the same time of year. The islands each hold their particular charm – northern Coll is Scotland’s only Dark Sky island, Colonsay is fringed in white sandy beaches, Mull one of the best places to spot golden and white-tailed eagles, and Jura offers a challenging dayhike up its three iconic paps.

If you have to pick just one island in May (although Calmac Ferries can always get you around), then you should probably go for Islay. Not only do Laphroaig and Lagavulin feature on the list of its eight fantastic distilleries, but the tiny island is taken over by a festival of folk music in the last week of May. Musicians and fans from all over the world crowd into tiny pubs and if you bring an instrument, you might even end up joining in.

Places to stay
The Pierhouse –A gorgeous hotel right on the harbour at Port Appin on the mainland across from the Isle of Lismore and within easy striking distance of Mull and Oban.

Treshnish Farm – At this self-catering cottage on Mull, you can watch dolphins and basking sharks passing in the sea or set off on the Mull and Iona Food Trail. 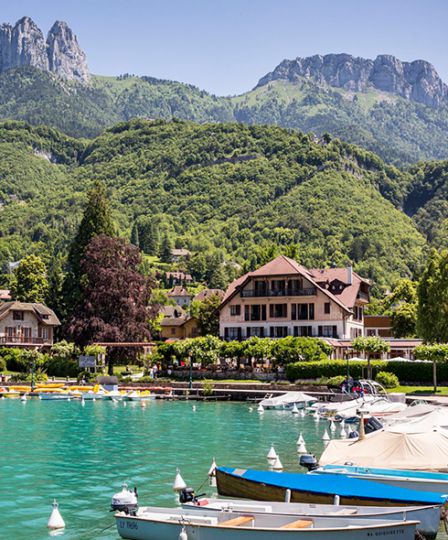 Rhone Valley in July and August

In summer, long after the bustle of the ski season has finished, the snow melts away and the highpeaks of the Alps open up to reveal some of the world’s most spectacular hiking. Endless trails lead from tiny hill villages past waterfalls and meadows surging into life with the thaw. It’s hard to call the Alps in Summer a hidden gem and some more popular routes will still be busy, but with some good local advice and a spirit of adventure, it’s possible to walk all day on marked trails in near-perfect solitude.

Although the season for accessing the higher routes is short and there is a chance of snowfall at altitude all year round, the late sunsets make for long days and the chance to cover some decent distances. You’ll see a richer, livelier side to the Alps, with teeming birdlife in the meadows and the drip and rumble of warming glaciers all set under the still-sparkling peaks. There are short circular hikes from the chic resort towns around the stunning Lake Annecy and multi-day treks from the village of Sixt to the huge limestone amphitheatre of Cirque du Fer a Chevàl and beyond. While some hotels and restaurants may be closed, there will still be plenty of places where you can rest at the end of the day, sampling local beer and the classic Savoyard raclette.

Places to stay:
Maison La Cerisaie – A 40-minute walk from this lovely little B&B brings you to the Cascade de Rouget, a waterfall known as the ‘Queen of the Alps’. 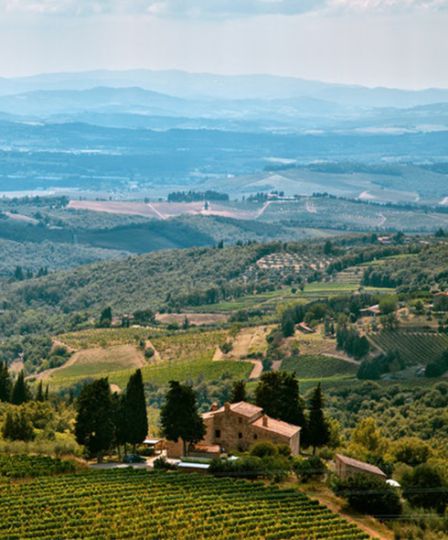 Tuscany in September and October

In autumn, Tuscany makes a superb exchange – tourists for truffles. The former drop off from their thronging Summer peak while the latter are dug up all through the land and find their way fresh to markets and the tables of the local osterias. You’ll taste them shaved onto pasta dishes or infusing rich oils and you can even join truffle hunting expeditions with the trufficulteurs who seek out the flavourful fungus with trained dogs. The grape harvest is also gathering pace in September, having started in late August.

Vineyards offers the chance to join workers moving down the rows of vines on the hillsides, see the whole preparation process and, if you’re early enough in the season, join the ceremonial stomping of the grapes. At dusk, a less official harvest often takes place, as wild boar sneak out of hiding to raid the vines. The boar are both a local emblem and a local delicacy, with their gamey meat forming the basis of the classic dish Pappardelle Cinghiale. Of course, there’s more to Tuscany than truffles, wine and meat at any time of year, but autumn gives you a chance to take your time in the popular sites. Lighter crowds make it easier to really appreciate the majestic buildings of Florence and galleries from the Uffizi to the contemporary art gallery in the historic hilltop town of San Gimignano.

Places to stay:
Fattoria Barbialla Nuova – Beautiful cottages in the heart of the Golden Triangle of Siena, Pisa and Lucca, for a perfect blend of art, architecture and food.

Sovigliano – Farmhouse B&B where the owners will guide you to their favourite village osterias or arrange truffle-hunting, pottery, walks and visits to the Chianti Observatory. 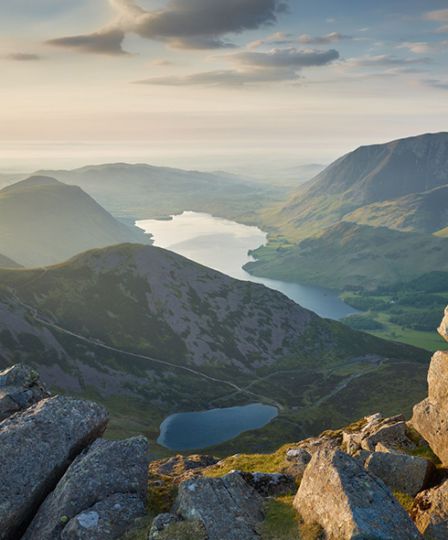 Lake District in November and December

The Lake District in winter is a striking, raw landscape. The scenery sits in mirrored layers in front of you – blue sky and white hilltops fading slowly into the rich green and ochre of heathered slopes rolling down to reflect in still waters. On the clear days at least. More challenging conditions mean you will almost certainly get wet at least once if you’re out for a few days, but even the most popular trails are fairly empty and the peace and the views are all the more rewarding for the effort made to see them. Although the Lake District is now a carefully protected landscape, its industrial history is visible everywhere if you know what to look for. Old mills and mine buildings are the obvious signs, but some of the hills themselves have been shaped by quarrying or open-cast mining and the tracks of Britain’s earliest railway can still be seen at Caldbeck.

A guided tour or a chat with the locals can give you a new understanding and appreciation for the landscape you’re walking through. The real reward for winter hiking of course, is a spot by the fire in a cosy pub. The Lake District is dotted with old inns where a good ale and hearty food will set you up for another day out in the elements. If you need something a little stronger to see you through, then visit the Lakes Distillery, the first (legal) distillery in the area for decades.

Coachman’s House – A beautifully renovated 19th century cottage, with Coppermine Valley and the Old Man of Coniston within strolling distance.