Returning to France: Alastair Sawday rolls back the years

On his first trip to France for over two years, Alastair Sawday was apprehensive about the state of his first travel love. He shares reflections, revelations and realities on a cycling tour of Brittany's Voie Verte - a network of converted railway beds.

France beckoned seductively.  After two years I was itching to be there again, and to see how it had changed, or how differently I might see the country. Might Covid have made it less attractive – somehow? 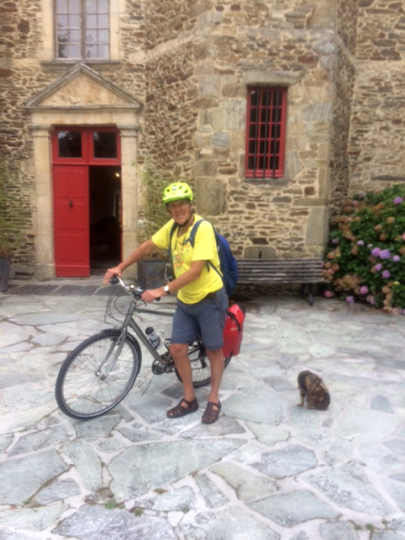 My journey began in Cherbourg, eating breakfast in the square beside the ornate Italianate theatre. I was joined by a young Spanish cyclist called Santi and we watched the sun slide slowly into the square as we ate fresh croissants and drank strong coffee. Santi then set off for southern Spain, reckoning he could do about 100 miles a day while I tootled through Cherbourg for a 15-mile ride. I took my time, picnicked in the lush gardens of a beautiful chateau on the edge of town, admired its glass house and marvelled at the excess of it all. Then it was an uphill climb through the woods on tiny roads and tracks to my first pitstop for the night.

As I pulled up to the house two young wild boars sidled across the road to greet me.  The owner, Mark, eyed the woods nervously for an angry mother, but all was well and they sidled off again. My bedroom was called Mussolini perhaps because the windows flung open imperiously to a balcony from which I could hector the crowds. I could, too, pace grandly about the room giving myself airs. This was my kind of place: informal, wacky, handsome and generous. This trip was beginning well. 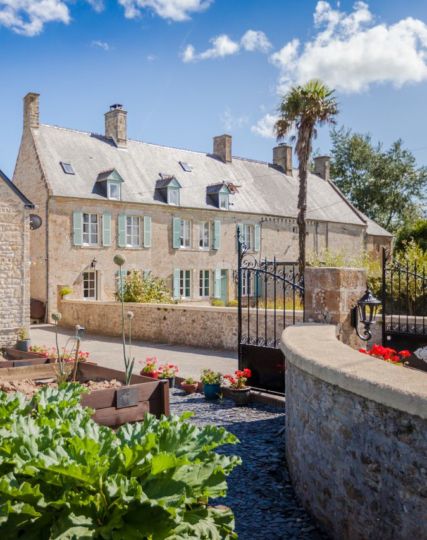 The Voie Verte – cycle path – began for me in Brix and I eagerly followed the wrong signs so that after an hour of vigorous pedalling I’d just gone in a perfect circle. Chastened, I found the old railway track from Rocheville that led to Briquebec, a marvel of a town at the foot of a castle. Within its walls I had a meagre snack of energy bars and a banana, as the handsome hotel-restaurant was firmly shut – as is so much of France at midday. I prayed I’d find a patisserie later and headed off on side roads to The Old Farm at Amfreville, past crumbling farms and poor villages but through a landscape of endless charm. The farm was owned by a charming Yorkshire couple who have made this their life’s work. Supper was course after course of perfect French treats served at a laden table, cooked by David, who was once a chef in the British Army!

The next day was spent entirely on the Voie Verte following the edge of the dyke-crossed Marais where so many young lives were lost after the Normandy landings. Passing quickly from one prosperous village to another, hoping to see the famous swimming cows and sheltering in barns to avoid the rain, I emerged in Carentan for a lunch below the handsome arcades in the old town. Refuelled, I pedalled down to the harbour and then along the river towards Saint-Lô.

“This was my kind of place: informal, wacky, handsome and generous. This trip was beginning well.” 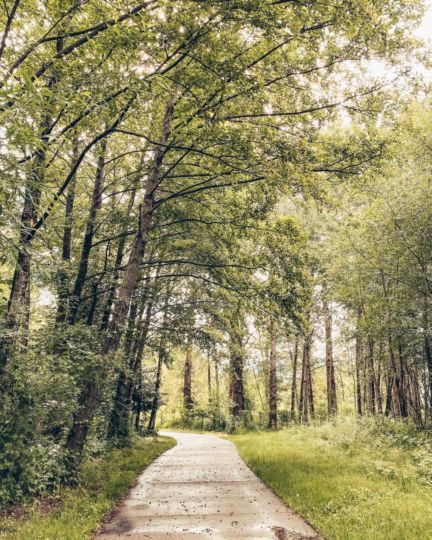 The cycling was relaxed and gentle, until I reached a hellish ‘deviation’ which was clearly put there to test my resolve. The more hills I was sent up, the more pugnacious I felt. It was with a sense of triumph that I pushed my laden bike up a steep woodland path to emerge at the top near the splendid old château. My giant bedroom gazed down the sheer walls, then further down the wooded cliffs to the river along which I had cycled. There were wooden floors, antique furniture and a bathroom in a turret. An ancient stone barn nearby, sixty yards long, sheltered a fine restaurant where, famished, I settled into a memorable feast.

I felt I had Normandy’s quiet valleys to myself. Villages also felt empty as I pedalled through them, most of the houses shuttered and few shops alive. France, too, suffers from the blight of second homes and the flight of young people to the towns. There were exceptions, and I found my pâtisserie, but I longed for the bustling village life I had known in the 60s. One challenge, however, was easy contact with people, for the Covid masks were widely worn, and hid a hundred interesting faces. I missed them.

“I felt I had Normandy’s quiet valleys to myself…(and) I longed for the bustling village life I had known in the 60s.” 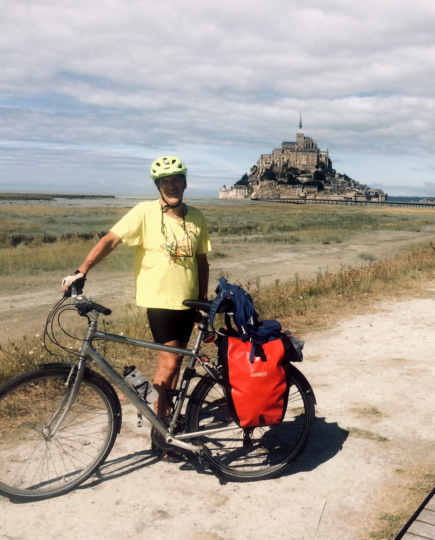 My goal was Mont Saint-Michel and I rolled happily along the causeway one evening as the sun began to set and the day’s visitors surged in the opposite direction. The Mount is a national treasure, a jewel set in a landscape of distant horizons and lapping tides. To find an exquisite Abbey on its top is a thumping great reminder of what humankind is capable of.

To cycle along the Voie Verte from the Mount to Saint-Malo was the journey’s last gift, the Mount retreating reluctantly as I sailed through the sunken fields to the coast and followed it all the way. And then Saint-Malo: rock-solid, built grandly upon the fruits of shameless piracy – as was my B&B itself, the Malouinière des Trauchandières, with its creaking ship’s timbers, huge fireplaces and even huger generosity.

I will do this again, for I am smitten.  The Voies Vertes guarantee freedom from traffic and the roads were almost empty. I was cocooned in the peace and beauty of La France Profonde. I had, finally, followed my own advice to travel slowly and smell the flowers.

“I had, finally, followed my own advice to travel slowly and smell the flowers.” 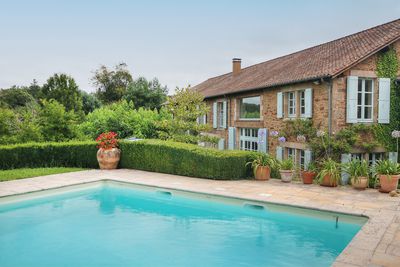 Discover our places to stay in France: from grand châteaux to idyllic gîtes and chic city apartments. 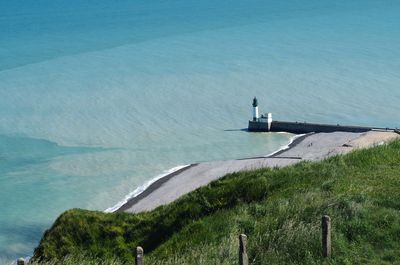 France expert Carolyn Boyd shares her favourite off-the-beaten-track corners of France, where you can have a whole vineyard or beach to yourselves. 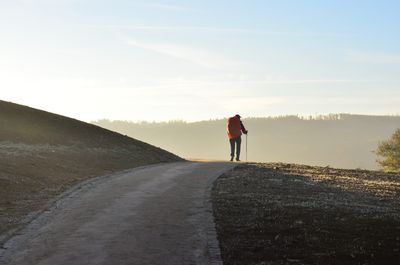 Our Loire-based expert Nicky has dusted off her little black book of foodies, artists and wine connoisseurs, to put together some suggestions for flightless France next year.