Slow Guide to the Cotswolds

If you think the Cotswolds is just a giant oil painting you can walk around in, it’s time to take a closer look. On our visit in June we found that while there certainly is impressive history and an abundance of picture-perfect scenes, there’s also a thriving culture, which is both developing and preserving the area’s heritage.

We spoke to fourth-generation silversmiths and innovative winemakers, learnt about waste-free cookery and saw the effect that socially-motivated farming, and poetry, can have on a community. Even in the most popular spots, the famous yellow stone villages and the grounds of Blenheim Palace, there’s always something to discover if you scratch at the paint of quintessential England.

We began our trip looking out over endless green waves of countryside from the top of Broadway Tower, in the north of the Cotswolds. The Capability Brown folly, built in the 1790s, stands on the second highest point of the escarpment, near the village of Broadway. After taking in the 360 degree views from the top of its narrow turrets, we headed for the village. Broadway itself is a charming place with thriving independent shops and cafes. Outside Broadway Deli, a fruit and veg stand has been arranged on the back of a Piaggio Ape van and there’s a general feeling that the place wears its Arts & Crafts history lightly. The movement has been a cornerstone of the area’s culture since the late 1900s and still inspires a healthy community of designers and artisans. We got our first taste of its importance in the Gordon Russell Design Museum. The renowned furniture maker’s father ran The Lygon Arms Hotel, still welcoming guests to Broadway with stylish rooms and friendly grandeur to this day. Russell came under the influence of the Arts & Crafts movement when C.R. Ashbee relocated the Guild and School of Handicrafts, a collective of metalworkers and jewellers, from London to Chipping Campden in 1902. The guild, like the hotel, is still going strong, so we dropped in to chat to silversmith William, the great grandson of one of the founders.

Chipping Campden is possibly even more the image of a typical Cotswolds village than Broadway and just as popular. The guild itself is tucked down a side street and you can wander in to see the craftspeople at work. It is now part of a broader cooperative, with every craftsperson paying a little towards the costs. William told us how the Arts & Crafts movement will always be an integral part of this area and every stop on our trip would go on to prove that its spirit of creativity and independence was alive and well.

We stayed at: The Artist Residence

SEE ALL OUR PLACES IN THE NORTH COTSWOLDS

“The Arts & Crafts movement will always be an integral part of this area.” – William, local craftsman at The Guild

We moved on south and arrived at Daylesford, a huge estate run by Lord and Lady Bamford. From their extensive organic working farm and kitchen gardens they run courses in waste-free cookery, gardening and even wellbeing, but it’s also a pleasure simply to walk through the grounds. Arriving during the Summer Festival (they also hold their Harvest Festival in September) we found music and food wagons and all areas open to public access. Marketing Manager Juliet introduced us to the pigs, showed us the plastic-free pantry where people could stock up on staples and explained the workings of the on-site dairy, where underground pipes send the milk from the cows to the farm shop fridge in six hours.

About 45 minutes down the road a similar project, albeit on a much smaller scale, is under way at Worton Organic Garden. Here, founder David and business partner Simon produce an enormous range of fruit and vegetables which end up in the kitchens of many locals as well as their own on site cafe and shop. They also host theatre performances, poetry events and supper clubs on the farm, whose community ethos goes beyond locally-sourced food. New co-owner Simon makes superb sourdough in his wood-fired oven as well as smoking the fish caught on site. “People feel transported when they are here,” he tells us. “We run it because it makes us happy to run, not necessarily for commercial reasons. Imagine food you’d want to serve your closest friends and family, this is the type of food we want to serve.”

From a humble community farm we made our way to the polar opposite just ten minutes down the road – Blenheim Palace. The massive English Baroque house is set in grounds of timeless beauty, where swans glide across still lakes spanned by stone bridges and sheep graze under the Column of Victory in a far corner of the 2,000 acres of land. It’s an extremely popular tourist attraction, being the birthplace of Winston Churchill and the home of a cedar of Lebanon tree that featured in one of the Harry Potter films, but there’s so much room that you can always find a spot to yourself. We headed east towards the Great Lake and sat for a while looking across the water to the little boathouse. The grounds are also home to Shakespeare’s Rose theatre, an open air venue that stages plays throughout the summer. A combined ticket gets you entrance to the palace and gardens as well as the show, so you can make a full day of your visit.

We stayed at: The Bull Inn

SEE ALL OUR PLACES IN EAST COTSWOLDS

“Imagine food you’d want to serve your closest friends and family, this is the type of food we want to serve.” – Simon, co-owner of Worton Organic Garden

The Cotswolds Way runs down the whole of the west side of the region, stretching over 100 miles from Chipping Campden to Bath and taking you between sites of historic and cultural interest on scenic trails through green countryside. We picked up one of the smaller circular routes and walked from Winchcombe to Sudeley Castle. Sudeley is a fine example of a Tudor building which sensitive preservation and restoration has turned into an atmospheric museum and garden. St Mary’s Church, where Catherine Parr is buried, has been carefully maintained, but the ruins of the dining hall have been left to open air and climbing roses, weathering and covering them over centuries. The grounds are also home to one of the largest public collections of rare and endangered species of pheasants from around the world, so it’s likely you’ll spot some roaming around the grounds.

The circular walk continues to the neolithic barrow of Belas Knap through woodland and wild meadows striped by ancient stone walls. At the top of the hill, a break in a gloomy grey day gave us a shining sunlit view of miles of fields and forest before we carried on to the barrow itself. After peering into the small side chamber that’s open to the elements, we completed the five-mile walk, returning to picturesque Winchcombe.

SEE ALL OUR PLACES IN WEST COTSWOLDS 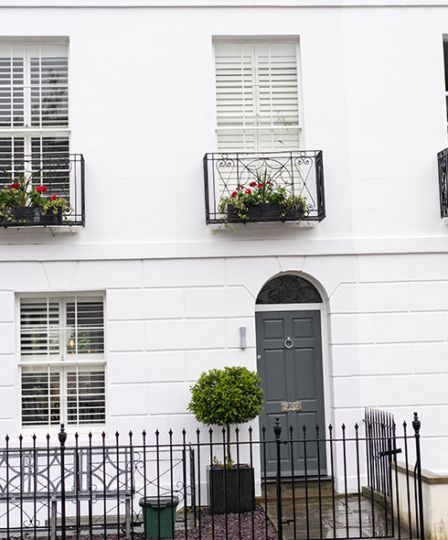 It wouldn’t be quintessential England without getting caught in spring rain. Our visit to Cheltenham was undertaken in a heavy downpour and while visitors to Pittville Park have been getting soaked since the late 1700s, it was usually because of the hot spas, not the weather. We explored the magnificent Pump Room, where the wells were originally managed, but had to imagine how lovely it would be to picnic in the garden on a sunnier day. Cheltenham is known as the cultural capital of the Cotswolds and, despite much fine architecture and an Arts & Crafts Museum, one resident, Lloyd, told us, “it’s about what’s on, not what’s here.” What was on during our visit was the town-wide Science Festival and we learnt that jazz and food events also take over at different times of year. In Montpellier we found the bohemian, explorative spirit taking permanent root in a series of artisan shops and eateries. We dripped on the arty interior of the lovely Andria’s Cafe and were also given a tip about a plant-based restaurant called Vinnie’s, but didn’t have the heart to venture back out.

SEE ALL OUR PLACES NEAR CHELTENHAM

“It’s about what’s on, not what’s here” – Lloyd, a local resident 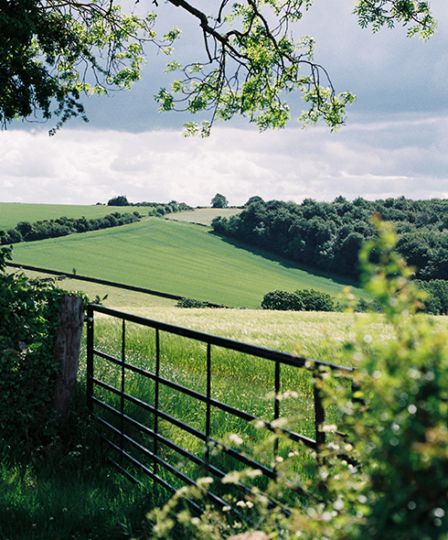 In the south we found out that, to some people, the green slopes of the Cotswolds are more than just scenery – they’re wine growing country. The Woodchester Valley Vineyard is the only place in the Cotswolds AONB that has its own winery. We met Winemaker Jeremy Mount and took the 2-hour tasting tour that finished with a delicious selection of six of their wines. He explained how the limestone under the soil makes for good drainage and a chemical balance particularly suited to Pinot Noir. Their wines are extremely popular in the region, but as Jeremy explained, “it’s the Cotswolds so we don’t have to do too much. People want to buy local here.” A growing number of national and international awards suggest that it’s more than community spirit that keeps people coming back.

One of our final stops was the familiar surrounding of Westonbirt Arboretum, long a favourite of Bristol folk getting out of town for the day. Created back in the heyday of Victorian sampling and plant gathering, the estate has 2,500 species brought from all over the world and arranged around a beautiful sweep of land. The spring blossoms and firey colours of autumn are spectacular and a new raised walkway takes you into the canopy itself. Festivals and events held throughout summer are a unique opportunity to enjoy music in such breathtaking surroundings.

SEE ALL OUR PLACES IN SOUTH COTSWOLDS 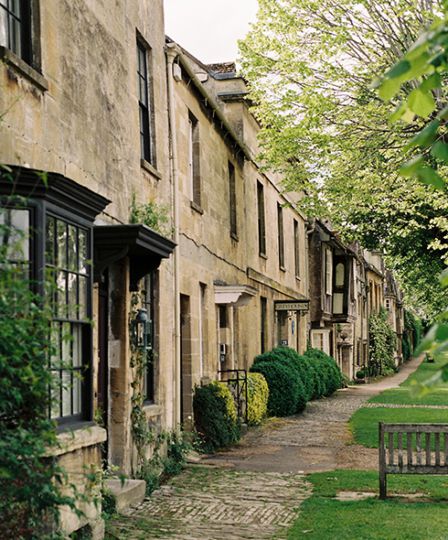 The Cotswolds aren’t a huge area, but it isn’t the sort of place to speed around and tick things off. We kept a suitably slow pace which meant, as ever, missing out on some places. Hidcote Gardens was a little far north of Chipping Campden for this trip, but is supposedly lovely in spring and it’s just a plod across the field to the warm surroundings of The Ebrington Arms. Woodchester Park in Stroud was widely recommended for a lovely stroll and Cirencester’s theatre, The Barn, for showcasing brilliant local talent in a cool contemporary space. We also wanted to visit the outdoor installations of Cotswold Sculpture Park near Shorncote, or the many breweries that are popping up around the region, but time and safe driving kept us from both art and indulgence.

SEE ALL OUR PLACES IN THE COTSWOLDS

SEE ALL OUR PLACES IN THE COTSWOLDS 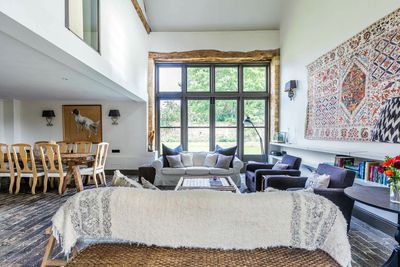 Holidays in the Cotswolds

Explore the Cotswolds your way. Sit in the garden of a self-catering cottage with morning coffee, treat yourself to a bit of luxury in a fancy hotel or enjoy the hospitality of a family-run B&B. 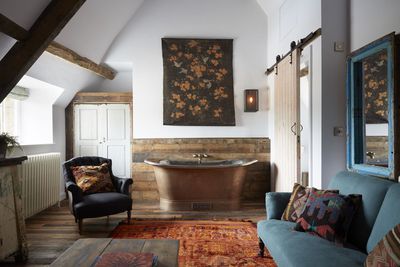 View our special places to stay in the Cotswolds – one of England’s most quintessential regions. Each place is inspected and loved by us. 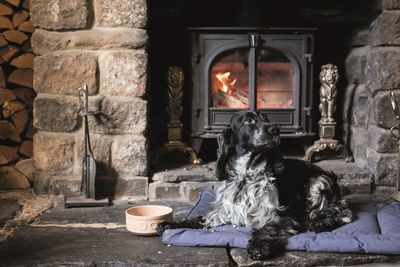 Dog-friendly holidays in the Cotswolds