When it all comes together

Corina Buckwell, owner of the Tack Barn, on the importance of a sense of place, the tea shop she refuses to name, and creating The Maker’s Directory, which almost accidentally became a community of Sussex artists and artisans.

“We thought it would advertise to people that were going to buy things and of course it does, but what it’s also done is create this community of people that usually work alone in their little sheds. And it’s not for our benefit, it’s all for their benefit.”

Corina Buckwell was raised in Sussex, and although she moved away for a while, her love for the place drew her back and led to her creating something arguably even more remarkable than the beautiful pop-up books that are her trade – The Maker’s Directory. The website gives artists and artisans in the local area a simple, free platform to show others what they do. Like many of the best ideas, it began when someone couldn’t believe that it didn’t already exist.

“I was trying to remember the name of someone I’d seen making leather-bound photo albums at a Christmas market,” Corina explains, “and a couple of other producers I’d seen at an art fair. Nobody keeps lists of the people who exhibit at those things and I wondered why there wasn’t a place where I could find them all. So we set one up.”

Corina spoke to a friend, Charlotte, who had been looking into the same idea for the local council, but they decided it would be better if they ran it themselves. The Maker’s Directory was soon launched and rapidly flourished, becoming more than a one-stop shop, as the artisans and producers who listed on it swapped ideas and formed fruitful collaborations, like the carpenter who used products from other directory members to decorate a table for a photoshoot.

For Corina, it was especially heartening to watch the directory blossom, as it was a larger version of what she’s always tried to do with her own self-catering place, the Tack Barn, a living showcase of Sussex’s creative riches. Almost everything in the cottage is locally sourced, with some makers even working from studios on site and her own house playing second fiddle to the guest space. “The kids and my husband always joke that when you go to some self-catering properties you can tell they’ve been stocked with hand-me-downs from the house, like an unwanted egg slicer and a wobbly side table, but that’s our house! We get the hand-me-downs from the holiday cottage.” 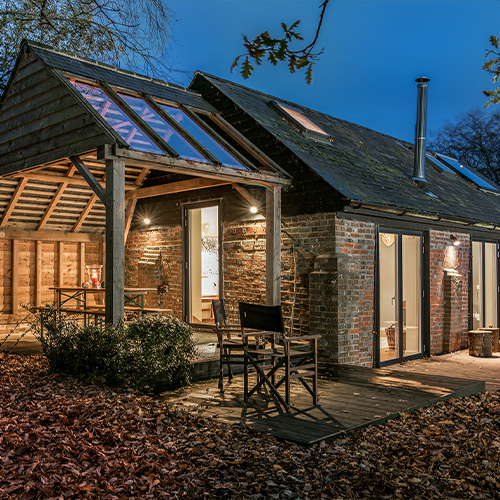 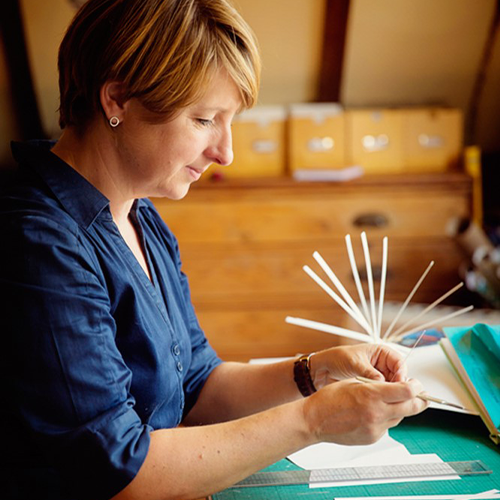 Photo of Corina Buckwell in her studio by Rachael Edwards

Thanks to her dedication, guests have gone home with jars of local jam, artworks and in one case a specially commissioned set of plates from a ceramicist, but creating that sense of place is about more than souvenirs, it’s about communicating something she herself feels. “I remember having a conversation with a friend that grew up in Russia,” she explains, “then lived in Rome for a while. I said, “oh, so where’s home?” and she said, “Wherever I’m living”. I can’t get that really, it’s that genius loci, the spirit of a place, being part of it, that’s really important to me.”

Her dedication to local extends to all businesses, but especially places to eat. She’s even set the Tack Barn booking rules to a three-night minimum, to help drive people to eat and shop in the area. “If you’re coming for two nights or one even, you might not go and have a meal out, or buy anything, maybe you’re not even going to go to the pub and have a drink. So the three-night minimum means you have two full days and there’s a good chance you will eat out. And that’s gifting something to the community.”

Corina constantly reviews and reassesses the places she recommends, finding out from guests how their food was and how they were treated. It’s a select list and one that’s only available to guests who stay, which is exactly how Corina intends it. The Tack Barn, like the directory itself, is a loving portfolio that shows off the county but also welcomes you into it, rewarding exploration and the guests who take the time to settle in. As we finish speaking, she can’t resist the chance to do a bit of promotion for a tantalising destination.

“There is this absolute slice-of-heaven tea room at the foot of the South Downs. You can’t really get to it by car. You have to bounce down a rutted track or walk to it. It’s a garden, billowing with roses at this time of year, run by this amazing lady. It’s not top secret, but we like to pretend it is. It’s an insider’s tip. You’ll never find it by accident if you don’t know which footpath to take. It’s called… Well, I won’t tell you the name, we’ll keep that one for the locals and the guests.”

Find out more about our special places in Sussex here.

Places to stay in Sussex 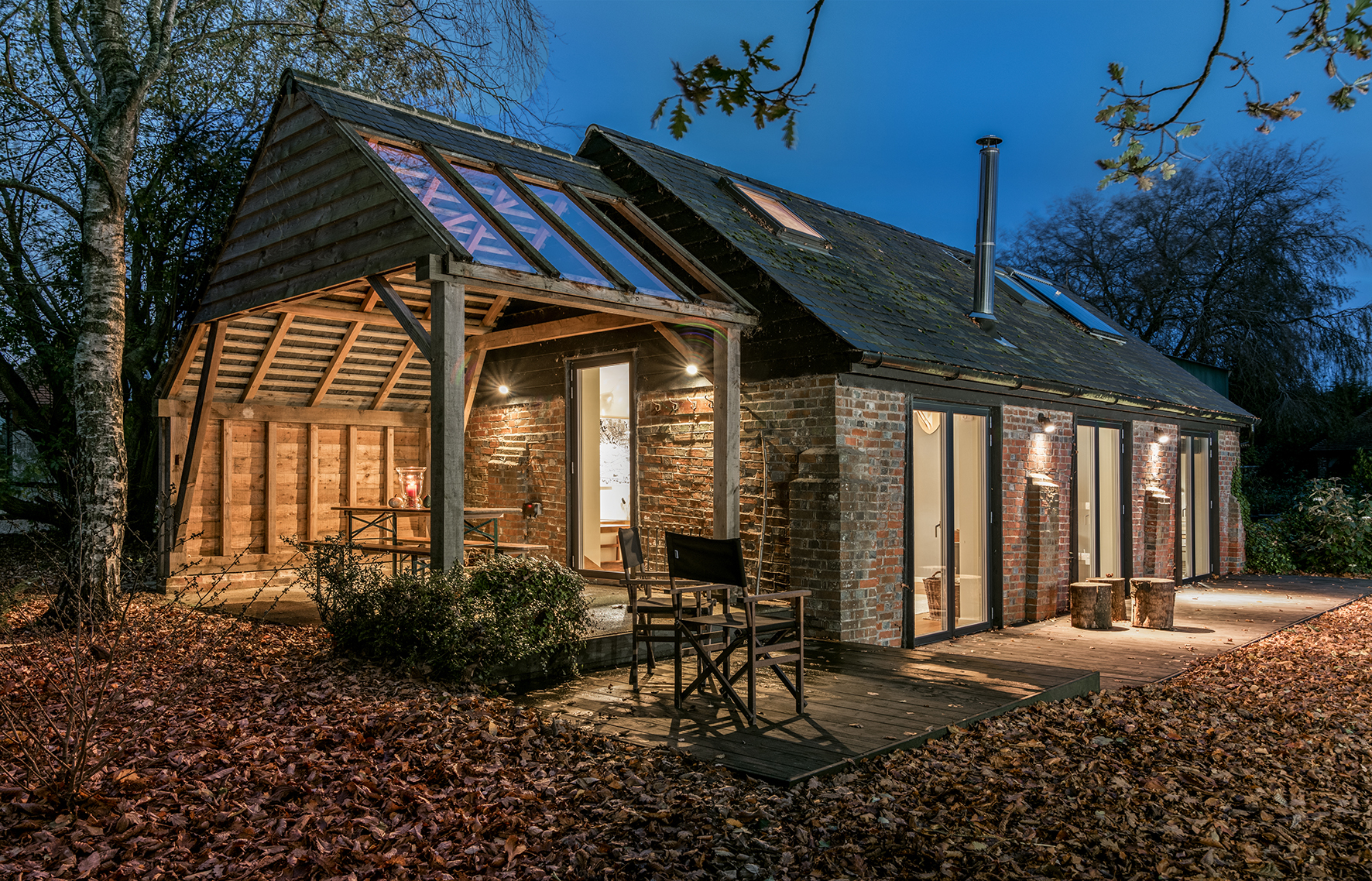 The Tack Barn at Upper Lodge 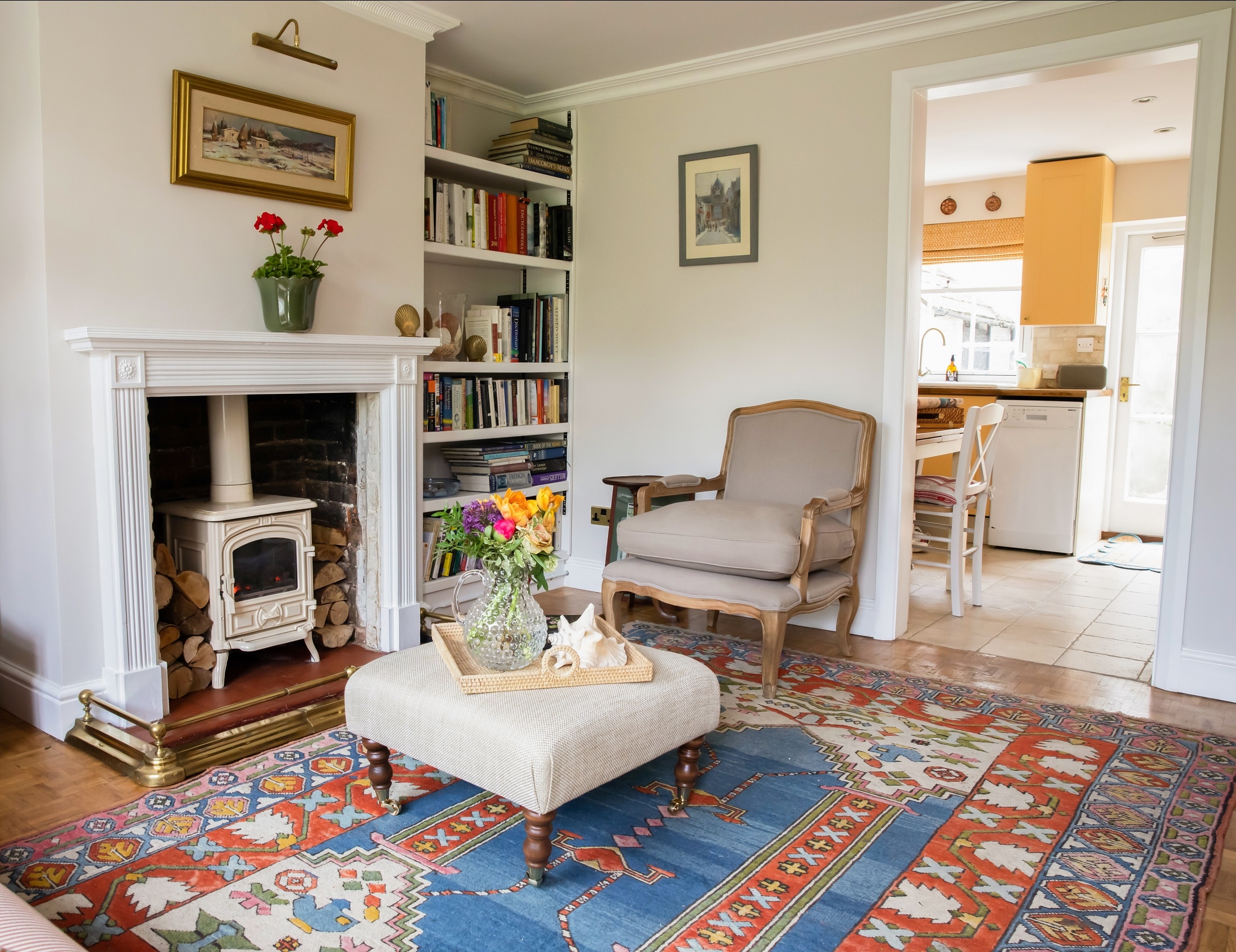 Get our email updates direct to your inbox >