Travel writer and huge Francophile Carolyn Boyd managed to fit a French summer road trip among the travel restrictions. Follow her journey through the golden fields of Picardy, the volcanoes of Auvergne and the Grands Causses of the Cévennes, to a beautiful terrace overlooking the village of Saint-Just-sur-Viaur.

In summer 2020, there seemed no better time to drive the length of France, from its glorious golden beaches on the north coast, to the vineyards and olive groves of the south. Though it was tempting to fly to the sun-drenched Midi, a road trip would get us up close to the dramatic landscapes, the heart-swelling villages and breathtaking vistas that would otherwise be hidden under the clouds.

Booking friendly B&Bs along the route, we split it into five chunks allowing for adventures en route, and no more than three hours in the car for our tetchy children, whose favourite question is ‘When are we there?’.

After crossing the Channel, and with Dover’s white cliffs in the rear-view mirror, we followed the motorway that cruises high above the north coast, swooping down into Wimereux for our first stop along the road. Overlooked by its grand Belle Epoque Villas we were tempted to linger longer on its beach, to paddle and play, but we stretched our legs and licked ice-creams on the seafront, enjoying an hour of salty sea air.

Onward, our journey took us south through the plains of Picardy; golden fields were scattered with neat round hay bales, poker-straight roads sped us between sleepy villages, each little more than a church, a chateau and a farm. Our first stop was at Saint-Germer-de-Fly, just ten minutes on from the bucolic village of Gerberoy, where we wandered between the fine brick houses and timber-framed cottages, admiring the abundant flowers, from hollyhocks to hydrangeas, roses and wisteria. On arrival at Les Chambres de l’Abbaye, we were greeted at the door: “Je m’appelle Chloé,” said Madame to my son, who ventured a shy “Bonjour”. After settling into our rooms, we sat at her elegant table in the dining room, surrounded by antiques and modern art, and tucked into a decadent three-course dinner; the succulent pork, peppery potatoes, organic wine and the sweet strawberries all sourced from within a few short kilometres. We slept well that night in the peaceful attic rooms, waking to the 8am church bells. After a hearty breakfast, it was back in the car for the next leg.

Skirting Paris’s suburbs, with their high-rise flats and stop-start traffic, we were soon into the Loire Valley, the villages built in light tuffeau limestone. Across the wide landscape we spied sunny sunflower fields, church spires and châteaux towers. Pulling off the road towards Blois, near Château de Chambord, our next overnight had an aristocratic atmosphere too. There were 19th century objets d’art and antiques aplenty but it was Château de la Rue’s more modern feature that excited the kids: the swimming pool. While they splashed, we sat and read under the trees, our feet up on sun-loungers.

The next day, we made a pitstop at Bourges and sauntered up its main shopping street, decorated with an installation of hundreds of colourful umbrellas. Its seven-century-old cathedral dominates the town, its bold towers visible between the rooftops; the soaring arches and exquisite stained glass impressed even our under-tens. However, the onward journey was about to get even more dramatic: as we drove south, the plains of the Loire Valley turned into the gentle hills of the Bocage Bourbonnais, where fields were packaged into neat rectangles by verdant hedgerows. White Charolais cows chewed the cud; elsewhere combine harvesters rumbled along in clouds of dust. And then the landscape began to climb.

A dramatic winding road took us into the foothills of the Auvergne’s mighty volcanoes and as we twisted and climbed, we spotted the craters. “Look kids – see the volcanoes,” we called to the back seat; the children’s eyes were wide.

Les Suites de Campagne Les Eydieux was an enchanting place. Tucked away in the hills, near the first crater in the Chaîne des Puys, our host Marie-Claire and her husband Cyr have created two beautiful suites in their farmhouse’s outbuildings. As we settled in, the children played with the farm cats and on the swings – their giggles the only sound besides the birdsong. We picnicked on the garden table and later after sundown, when the kids were tucked up in bed, we sat out sipping wine and gazing up at the vast starry sky, picking out the constellations and watching satellites streak through the darkness.

Breakfast was a treat: Marie-Claire served her homemade almond cake, home-pressed juice, sweet sticky jam and the farm’s own honey. Her little shop sold oil from the local mill, so I bought a bottle of hazelnut oil and licked my lips at her serving suggestions to try later in the trip. Marie-Claire took the children down to the donkey’s field and they fed the chickens, asking their names. We all desperately wanted to stay on and explore the countryside on her doorstep – the swimming lake in the crater, the walks in the woods – and the children’s new favourite question (not ‘When are we there?’) was ‘Can we come back?’ ‘Definitely’ we replied, it was such a wrench to leave.

Next up was the highest of all the Auvergne’s volcanoes – the Puy de Dôme. Short on time, we took the easy option and boarded the rack railway to the top, gazing through the window as we climbed higher and higher. The view from the top was mind-blowing: to the north, the patchwork of gold and green fields that we’d zipped through the day before; to the east, the terracotta roofs of Clermont-Ferrand filled the dip before the land rose again into the Livradois-Forez regional park; and to the north west, a string of a dozen volcanic peaks disappearing into the horizon. We picnicked near the crater and watched the parascenders swirl above, astounded by our good fortune to be somewhere so breathtaking.

After our descent, we joined the A75, the motorway known as La Méridienne, which charges through the heart of France. We were eager to see more of the dramatic landscapes it would deliver as we zoomed into the Cantal, its steep forested hills enclosing the road. At Coren, the landscape opened wide in front of us, and the views whizzed past in quick succession: the town of Saint-Flour perched on its peak above the Ander Valley; the red girders of the Garabit Viaduct, designed by Gustave Eiffel; villages with terracotta roofs and scorched fields, the first nod that the Mediterranean was growing nearer. Soon we were into the Lozère – where local legends tell of man-eating wolves and a visitor park gets you closer to their descendants – and then came the Grands Causses of the Cévennes to our right, with its striking crags and cliffs. “It’s like America!” the kids chimed in unison, not that they’ve ever been. Soon, the dark silhouette of Sévérac-le-Château appeared on the horizon, with its castle perched on a hill, and we knew our next stop was near.

Greeting our host Louise Flynn at Le Couvent was like seeing a long-lost friend. Within minutes the children were petting her dogs and telling her about the journey, the châteaux, the volcanoes, about Marie-Claire’s donkey and cats.

Soon we were sipping rosé on her beautiful terrace overlooking the village of Saint-Just-sur-Viaur and chatting about her ex-pat life.

The next day, we would cross the jaw-dropping Millau Viaduct – Europe’s tallest bridge designed by Norman Foster – and on through the olive groves and vineyards of the Hérault department, which led to our ultimate destination by the sea. But for our last evening on the road, we sat with Louise and her two other guests, a French couple from Toulouse, around her welcoming table and the wine flowed, the franglais stuttered and we chatted until midnight about the journeys we’d done and the ones we were yet to make. 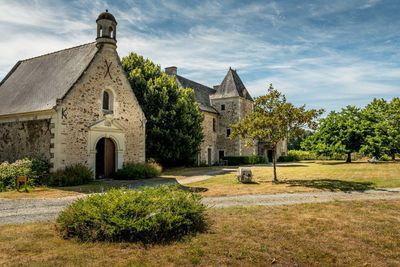 Browse our collection of self-catering places, hotels and B&Bs in France, a country famous for its landscape, culture and cuisine. 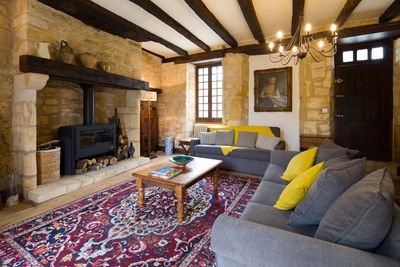 Our carefully-chosen collection of romantic French escapes is your shortcut to gorgeous châteaux and private gites. 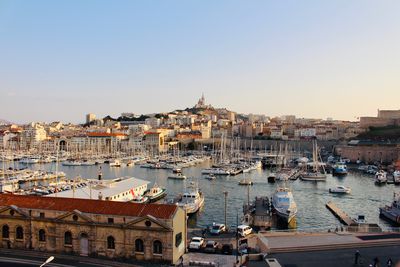 A road trip through Provence

Carolyn Boyd shares her best tips for a visit to Provence, including hilltop villages, lively flea markets and some hidden secrets.