Here smokeries sit packed with bright mackerel, the aroma of irresistible dishes tempts you into unassuming village pubs and cutting edge chefs cook with award-winning produce. A delicious foodie explosion is rippling the surface of the low, river-crossed fens of Suffolk. 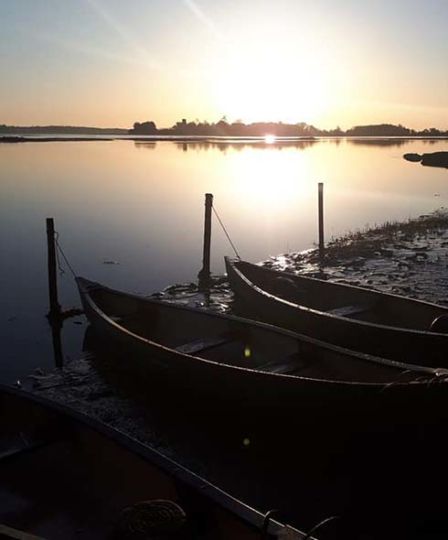 Suffolk is a laid-back place; resist rushing round trying all the delicious things you see and take the slow road between its fabulous foodie spots. Hiring a canoe from Iken Canoe and taking to the River Alde gives you the chance to sample local produce with a casual trip on the water in between. Launch from the floating pontoon near the village of Iken and paddle up under the shadow of the ancient church, where seals bask on the mudbanks. Stop for lunch at a riverside pub or visit Snape Maltings, which as well as being a world-renowned music venue, has a farm shop on site that stocks a range of incredible Suffolk produce. You can work off lunch on the journey back to Iken that completes a delicious and delightful half-day adventure. 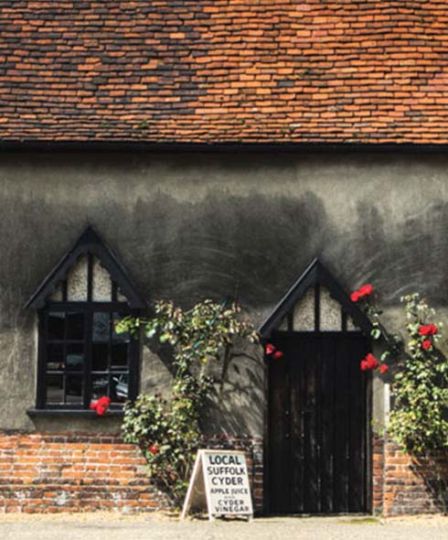 Suffolk’s booming reputation for fabulous food might be news in the culinary world, but to some it’s been in the making for years. From relative newcomers, like third-generation farmers making raw milk brie, to restored 40s smokeries, centuries-old black ham recipes and ancient cyder, Suffolk food’s bright future was grown in a sumptuous past.

Aspall have had plenty of time to perfect their recipe. The first orchards were planted in 1728 and they’ve been producing cider in the original Aspall Cyder House ever since. You’ll find their superb range of ciders and vinegars everywhere in the county, but why not drop into the shop and pick some up straight from the source.

Emmett’s Ham
Emmett’s has been curing their legendary black ham behind their Peasenhall shop since 1820. It’s created in a 10-week process of marinating and smoking that gives it a mahogany skin, a tangy flavour and a coarseness that owner Mark Thomas describes as “like Marmite – some love it, others not so much.” Fortunately, the Queen is quite a fan, as their Royal Warrant testifies.

Pinney’s of Orford
When Richard Pinney first came to Orford in search of a new life after WWII, locals told him that if he wanted to lose all his money, oysters was a good way to do it. But after finding a derelict cottage, introducing a species of Portuguese oyster and inventing a whole oak log smoking technique still employed on the same original site today, he proved them all deliciously wrong. 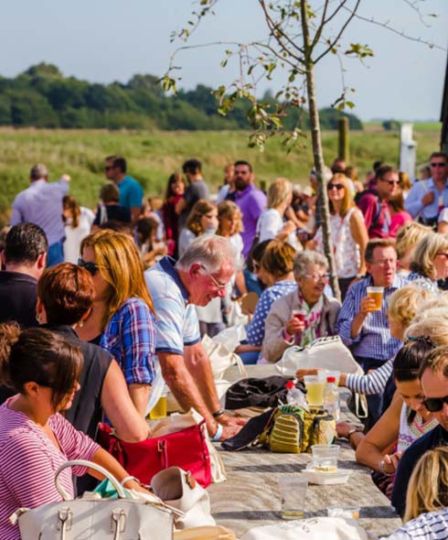 There are times when you crave a big communal table and the eddying flow of conversation and laughter, but others when all you want is to share a quiet drink and a thoughtful moment. Suffolk has generous helpings of both.

Top Secret
In the north of the county, past a ruined church and a footpath that skirts the fields and winds across the dunes, is the lonely sandy strip of Covehithe beach. Constant shift and change in the soil has left skeletal trees washed pale by the waves and sharp, low cliffs give the whole place a conspiratorial feel. You can grab a couple of bottles of Adnams from the nearby brewery in Southwold and head to the beach for a peaceful stroll and to watch the sand turn gold in the sunset.

Get Social
On the weekend of the 23rd September, Aldeburgh Food & Drink Festival makes a bang so loud that it echoes for two weeks. Those first two days centre on Aldeburgh and feature demos, workshops, tasting sessions and produce that draw big-name chefs and hungry hangers-on from around the world. It then ripples outwards in a series of events across the county, lasting until 8th October and showcasing as much as it possibly can of Suffolk’s diverse and delicious output. 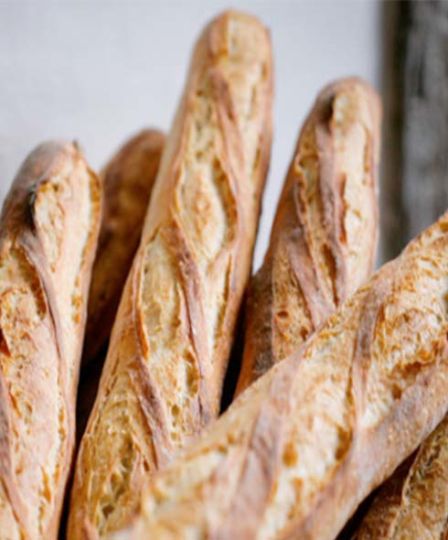 You could be forgiven for leaving Suffolk with nothing more than a sleepy, food-heavy grin on your face and a slightly wider waistline. Instead, why not head home with a determined glint in your eye, sourdough starter and cheesecloth in your bag or nourished by the knowledge of edible mushrooms? Froize Uncovered is a collective of knowledgeable, passionate locals with specialties from botanical booze to the lost cheeses of Suffolk. The Pump St. Bakery can teach you the art of sourdough baking or chocolate making and Upstairs at the Market can fill your mind and body with a foraged meal found around, and made in, their wild kitchen in the woods.

The beach at Aldeburgh is a curious slice of English waterfront, where an eccentric collection of buildings make a bright frontage and a chunky skyline. For 50 years, the family that run Aldeburgh Fish & Chips have been sending people out onto the shingled strip to sit in the sun and enjoy the sharp salt tang of the most traditional English meal.

SEE ALL PLACES IN SUFFOLK 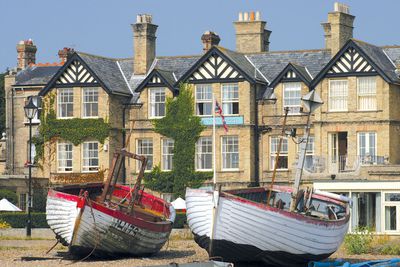 Places to stay in Suffolk

Discover waterways that wind down to long stretches of white sand and ancient towns host a surprising boom in artisan production and top class cooking. 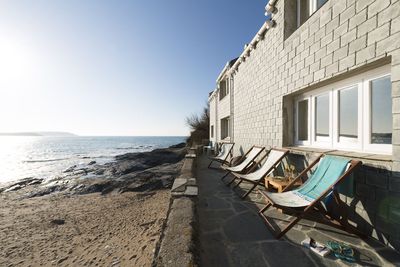 Explore our collection of self-catering homes, hotels and B&Bs across the UK & Europe, all within three miles of the coast.