Don’t lose yourself at the bottom of a bottle of Montepulciano, or fill up on Florence and not have room for the rest. Our Curious Guide to Tuscany will lead you on trails through the woods to serene hot springs, put you on the scent of the world's most expensive fungus and introduce you to sharply-dressed cowboys at work on the plains of Maremma. A vibrant region of full flavours, flamingos and giant cows is out there beyond the Chianti and the dome of the Basilica. 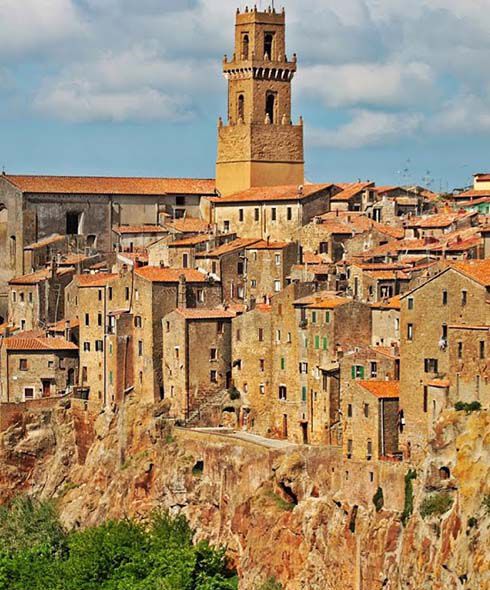 The Etruscan hill towns of Maremma
A drive or cycle along the valleys and ridges of Maremma, a region of southern Tuscany, is a spectacular journey of breathtakingly scenic history. Ancient Etruscan buildings remain carved into the tufa (volcanic rock) in sun-bleached towns clinging to sheer cliffs. The climbing, winding 30km route between Sorano, Sovana and Pitigliano will test either your clutch control or your upper thighs, depending on your chosen method of transport, but the rewards are great. You’ll have long stretches cruising in the sun on valley floors and spectacular moments as you climb over ridges or round precipitous bends to see worn towns perched on the hills. In Sovana you’ll find the impressive Tomb of Hildebrand, while Pitigliano and Sorano are pale stone mazes dominated by faithfully-preserved Medici palaces and criss-crossed by shady cobbled streets. After a day of trekking through hills and history, you can settle in a plaza under the canopy of a pavement café and soak up the silence, the sunshine and perhaps just a little of the fantastic local wine. 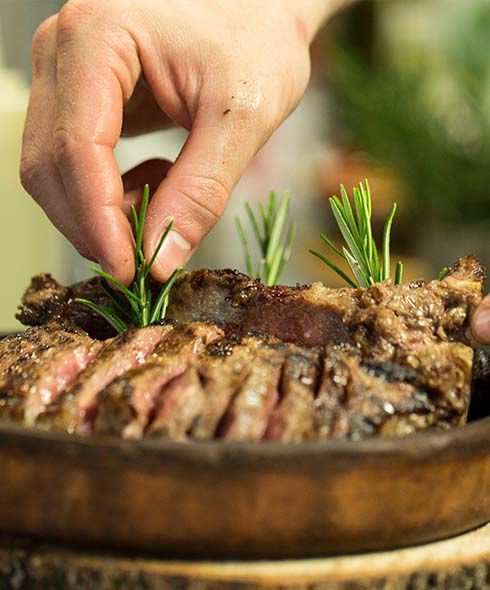 Tuscany is a floral riot of tastes and scents, with pungent truffles, sumptuous beef and strong herbs as well as grapes used for so much more than crisp Chianti. There’s even, believe it or not, a rather fabulous lard.

Grapes & meat
Grapes are used alongside meat in many classic Tuscan dishes. One recipe involves dousing the grapes with vinegar before roasting them and serving them with the famously superb local veal, while another uses them alongside a joint of beef with rosemary and celery.

Bruschetta
Not the old ‘tomato and basil on toast’ routine, but a dish combining the very best of floral, sweet and tangy Tuscan flavours. Juniper, pepper and the sesame bread give a spicy tone that’s sweetened with fresh figs, a dash of honey and of course grapes, all topped with sprigs of thyme and underpinned by that local specialty – creamy, indulgent lard.

La schiacciatacon l’uva
A traditional sweet given to the grape pickers as part of picnic lunches during harvest time. The simple dough oozes olive oil and has a perfect blend of sugar and salt, with an aromatic topping of rosemary, walnuts and crisp fresh grapes. 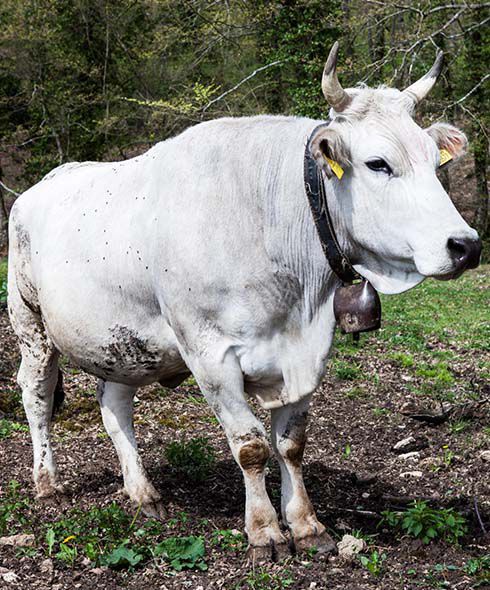 Grappa
You’ll almost certainly have a glass of wine with dinner if you’re in Tuscany, but remember to try the after-dinner version, grappa. Now a protected name given only to products that adhere to strict methods of production, the digestif is made using the solid remains of grapes crushed for wine, even the woody stalks, so it varies in flavour as much as the more familiar beverage.

So… what’s with the lard?
Top chefs have recently been rediscovering the centuries-old lard of Colonnata, named after the small mountain town in the heart of the Carrara marble mines, halfway between Florence and Genoa. You might think of lard as a poor substitute for butter, but the thick white blocks are conserved and cured in marble basins after being rubbed with garlic, rosemary and other herbs and spices. The resulting flavoursome product makes a rich, creamy base to build fabulous dishes on. It would also make the classiest dripping sandwich ever.

Chianina steak
Tuscany’s Chianina cows are one of the tallest and heaviest breeds in the world, with some oxen having been recorded at 6ft 7in. Formerly draught cattle, they are now raised mainly for their beef, which is the only meat that can officially be Bistecca alla Fiorentina, a T-bone cooked over an open fire and flavoured only with salt, pepper and olive oil.
Italian white truffles

Tuscany is second only to Alba for production of the highly-prized Italian white truffle, the world’s most expensive fungus. The pungent yet complex-flavoured mushrooms are available for only a couple of months a year and have to be sniffed out by trained pigs or dogs. If you can find one that hasn’t been snapped up by a top chef on the other side of the world, eat it! 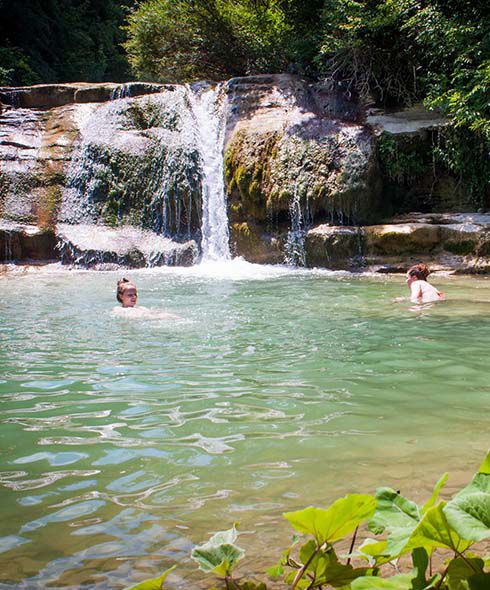 The best trips have a blend of the top secret spots where you hear the echo of your footsteps, and the moments when the air is filled with music and song. Tuscany offers everything from peaceful hot springs to lively festivals.

Soak in the silence
Dotted around Tuscany and just over the eastern border with Marche are hot springs that have been easing aching limbs and souls for millennia. In the hills near Montepulciano a particularly fine example is the sylvan refuge of Bagni San Filippo, where outdoor hot springs have been used by the locals for their restorative and curative properties for centuries. The pools are completely free to visit and accessed by a path that runs along the river and up through the trees to the ‘White Whale’, a huge calcium formation at the base of which locals have dammed the flow of water to create bathing areas. When it rains, the white calcium becomes mottled with green and reddish brown, creating further striking contrast with the milky blue water and the deep green of the woods. You can just unwind in the warm pools or really go for it and slap on some of the thick, mineral-rich mud for the full ‘ancient health spa’ experience.

Get yourself a glass
At the end of October (this year it’s from Friday 28th) the small town of Orbetello on the west coast of Tuscany plays host to Gustatus, a festival of food, music, street art and exhibitions. To get involved in the tastings, you simply buy a Gustatus Glass in a handy carry pack for €8. This comes with eight tasting stamps, which you can trade in at venues all around town for samples of the local produce, with a ten stamp refill available from any shop displaying the Gustatus sign. The town sits on a thin peninsula by a lagoon with a resident flamingo colony, adding stunning coastal views, sea breezes and the incongruous flash of pink feathers to the magic of local culture and cuisine in full flow. If you’re not around in October, then keep an ear to the ground for Sagre, small festival-like events held by just about every village and town in Tuscany. They centre around food, music, sport or a local craft and are amazing glimpses of authentic Italian life.

Busatti – Woven into Tuscan history
A tour of the first store and original workshop of the Busatti fabric family is a chance to feel history under your fingertips. The unassuming building in the dramatic hilltop town of Anghiari is home to a treasure trove of antiques and relics that span the full history of the family’s development of their world-famous cloths. Far from being a quiet, dusty museum, the house is still the hub of Busatti’s production and echoes with the clatter of the mechanical shuttle looms which have been operating continuously since 1842. A continued connection to the past is a key part of the Busatti ethos, from the punch cards used to programme patterns that are generations old, to the staff that have worked “with not for” them for decades. A piece of the wonderfully soft and strong fabrics they produce makes a souvenir that will last you as long as the memories of your visit. 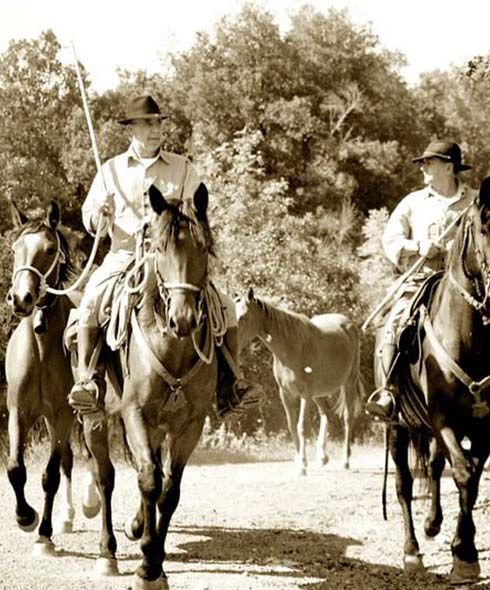 Tuscan cowboys – butteri rodeos
You probably don’t instantly think of cowboys when you think of Tuscany, but on the dusty plains of the Maremma you can find the last of the butteri – locals who still tend their herds and flocks on horseback. The traditional dress, velvet vests and black hats, dates back to the 1800s, although the craft itself is much older and the skill of the riders so accomplished that unimpressed butteri are said to have challenged and easily upstaged Buffalo Bill when he brought his wild west show to the region. In the spring there are parades and demonstrations followed by contests of skill once the young calves have been branded. Later in the year, around September, you might be privileged enough to witness the ‘transhumance’, when masses of riders move giant herds and flocks from one part of Tuscany to another in great winding cavalcades. The thunder of hooves and the cries of the riders are a more raw, livelier taste of Tuscan history than the calm classicism of the renaissance sites. Find out about their upcoming events and shows either on their website. 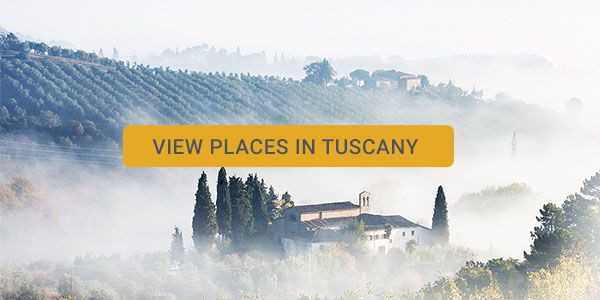