To capture the essence of winter, we sent photographer Daniel Casson into the heart of a Cumbrian snowstorm. Daniel lives a life we aspire to, walking and photographing Britain’s landscapes. His images of the Lake District's frost touched forests, mist-clad mountains and snow-capped peaks are so evocative you can almost feel the wind on your face.

Originally, photography was just something I used to get outdoors and exercise. As I began to take it more seriously, I worked consciously to develop a personal style, experimenting with techniques during shooting and post production to communicate the feel of the landscapes I saw. What began in the early days as weekend walks in the Peak District has become my career and my passion. 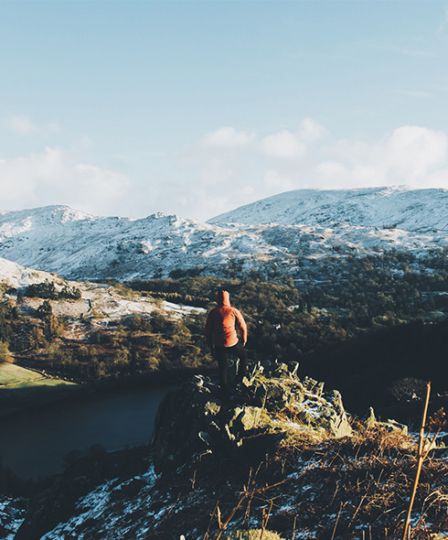 I started out from Sheffield at 5am and an hour later I ran into a snowstorm. I was hopeful for pictures of the freshly snow-capped mountains. Luckily, as we approached Windermere, the weather cleared.

Arriving at Wasdale Head, it was still early and I could see that the sun would come up beautifully from behind the hills on the far side of the lake, so I braced myself and made the climb. As the sun rose I knew I’d made the right decision; the light perfectly contrasted the bright snow and darker valleys.

The clouds were getting heavy again, it gave the mountains a rich tone and a real moodiness. I rounded one corner and I saw six peaks all lined up, the light catching the snow but under thick cloud. I immediately saw why this is known as the most beautiful place in the Lake District, the mountains have a looming, imposing quality. I try to capture everything in a photo; the feel of the air, the sense of the place, even the smell of it in a way. 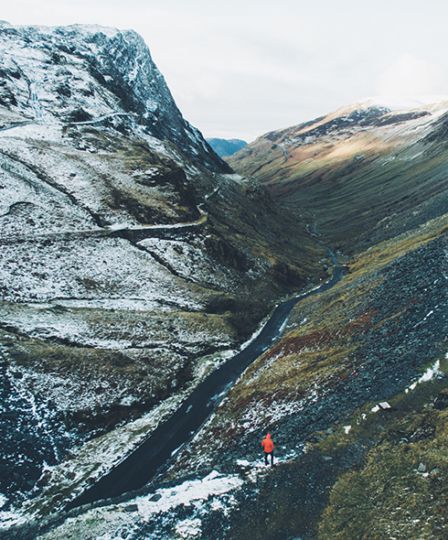 I headed over to Loughrigg Fell, which I really wanted to shoot, to catch the golden morning there. The Fell welcomed me with amazing views. The first thing I saw was the dramatic shot across the tarn, with the house almost hidden in the trees. I remember thinking that whoever lived there was pretty lucky to see that view every day.

With sunset due in a few hours I travelled to Buttermere. The clouds gave a flat light which meant I could capture the more rugged, dramatic aspects of the landscape. The weather had improved, the light was warm and golden and the unfamiliar route opened up great views.

I got a very warm welcome from Marjorie at Greenah Bed & Breakfast, the fire was already roaring and there was homemade cake and a good cup of tea. 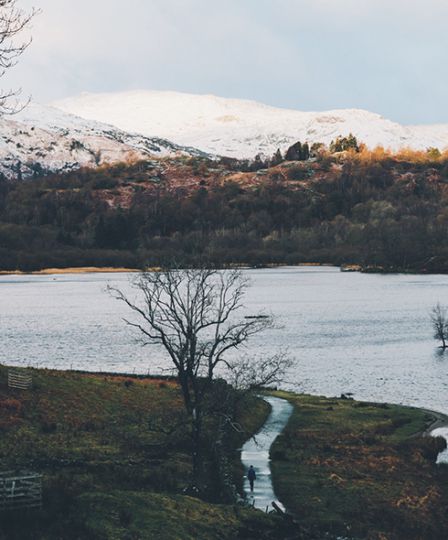 Day three held Ullswater, Aira Force waterfall and Whinlatter Forest. I was confident that the weather would make those locations look even more dramatic. A highlight was the woodland, the altitude and heavy rainfall which meant the forest was shrouded in great clouds of mist. The whole area had a brooding, moody vibe, with the ghostly trees contrasting with the dark foreground.

When we arrived at the pier the rain was heavy and the whole place had a dark, oppressive feel. I don’t usually filter the sky so heavily, but I tweaked this a lot in editing to try and communicate that sense of menace.

The winter landscapes of the Lakes had already given me some amazing views yet I knew I hadn’t seen it all.