When you think of UK coastal destinations it’s easy to imagine the coastlines of Devon and Cornwall. However, we’re graced with a whole host of beautiful coastal regions, some of which are often overlooked. We pick five of the best coastal towns in the UK that are lesser-known, but equally as lovely for a beach-filled summer holiday.

Located on the west coast of Wales, this stunning region is best known for its coastline that’s set amongst the backdrop of the Cambrian Mountains. In the south of the county you’ll have the opportunity to spot dolphins and visit the spectacular beaches in Cardigan Bay. Some of our favourite spots include Aberporth, Mwnt, Tresaith, Penbryn and New Quay, however there are many more to choose from.

Llangrannog Beach is known as ‘Traeth y Pentef’ – the village beach, and is popular with families and surfers. There is a distinctive rock on the shore called “Carreg Bica”, and at low tide you can walk past to the hidden sandy cove of Cilborth. Walkers will love hopping on the coastal path from the village to Cilborth and to the spectacular headland of Ynys Lochtyn. Here, discover a hidden beach and small island only accessible at low tide. Nothing beats a delicious dinner after a long day on the beach, and you can enjoy al fresco dining at spots like Pizzatipi, which overlooks the Afon Teifi river.

Whilst the region is most famous for its rugged Dales, Yorkshire is also home to gorgeous beaches and idyllic coastal towns. The traditional Filey Beach is less commercial than some of its East Coast neighbours and is a great spot for walking, swimming and kite-flying. The beach at Robin Hood’s Bay oozes natural beauty with its claggy cliffs and sweeping views around the bay. It’s also dog-friendly, so your pooches can get their daily dose of fetch and swimming. The old fishing village is picture-perfect and you’ll find some real gems hidden down its charming cobbled streets.

Yorkshire’s Whitby is one of the best coastal towns in the UK with its strong ties to art and the community as well as the handful of brilliant beaches on the doorstep. On the east side is the smaller Tate Hill, a sheltered sandy beach that also allows dogs all year round. On the other side is West Pier, a larger sandy beach with colourful beach huts. A little further out of town is Runswick Bay, which is widely regarded as one of the prettiest spots on the Yorkshire coast. Come for hearty cliff-top walks along the Cleveland Way and seal spotting.

It’s easy to escape from busy crowds on the Lincolnshire coast, especially as the Coastal Country Park has miles of quiet beaches and serene wildlife. For unspoilt landscapes of salt marshland and sands, head to Theddlethorp Dunes – a designated National Nature Reserve. Bordering East Lindsey is Cleethorpes, a Site of Special Scientific Interest which spans over four miles. It has been voted as one of the top ten estuaries in Europe and a UK hotspot for migrating birds.

One of our team favourites has to be Anderby Creek, a long, sandy beach between Chapel St Leonards and Skegness to the south. Picnics on summer evenings are a must as you’re in a prime spot to view the sun set over the water. A short walk north takes you up to Huttoft Beach, also known locally as Moggs Eye. Not only is it backed by beautiful grassy sand dunes, it’s also a local gem and popular with walkers. 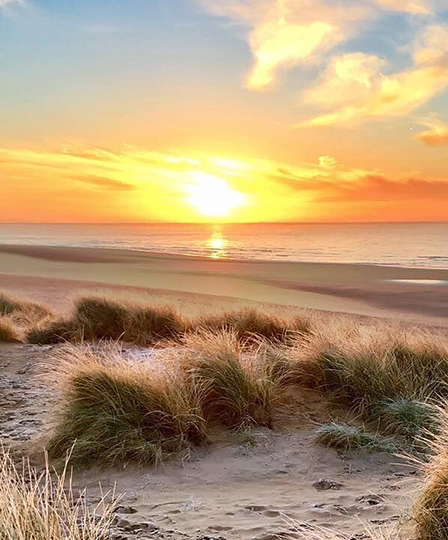 Nestled away just north-east of London is Suffolk, a beautiful county boasting pretty beaches and quintessential fishing villages. Not only does it have some of the best coastal towns in the UK, it’s also home to an array of secret beaches away that’ll keep you away from crowds.

Most people flock to the likes of Aldeburgh, but locals love spots like Covehithe. Voted one of Britain’s best beaches by The Telegraph, it can be found just south of Lowestoft and is possibly the wildest of the Suffolk beaches. You’ll find bits of driftwood dotted all around the sands, while the unique church inside a church certainly adds an element of surprise to the landscape. Once a secret military base, Orford Ness is another hidden single beach that offers peace and quiet. It is instantly recognisable thanks to the abandoned lighthouse, which will soon disappear to the ocean. The whole area is a national nature reserve, and is ranked amongst some of the most important shingles in the world. 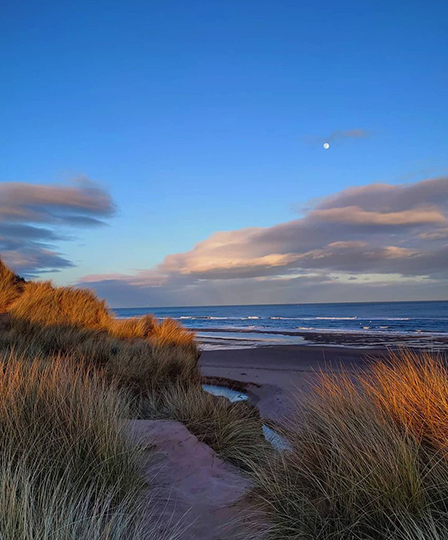 Rugged cliffs, imposing sand dunes and golden beaches make Aberdeenshire a prime spot for a coastal getaway. You’ll find a stunning array of beaches all along the Banffshire coast, and some of the best coastal towns in the UK to explore it all from. The area is not only adored for its natural beauty, with dolphins, seals and puffins all calling it home, it’s also known for medieval castles.

The relatively unknown Balmedie Beach is backed by wild sand dunes and has over five miles of flat golden sands, which you can walk along for several miles. Further along the coast are the Sands of Forvie, known best for its breath-taking scenery and shifting sands that reveal half-buried remains of a 12th century church. The beach is home to some of the largest sand dunes in Britain and huge colonies of seals can be seen hauled out on the estuary from Newburgh beach. You really are spoilt for choice when it comes to Aberdeenshire’s coastline, and it’s made even better by the fact you won’t have to share it with endless crowds. 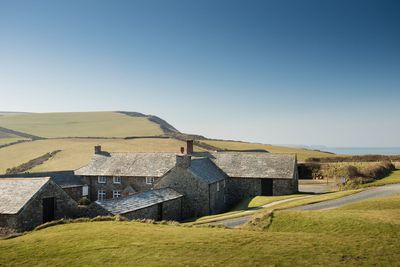 Places to stay in Britain

View our collection of places to stay in Britain, from cosy country cottages to luxurious boutique hotels. 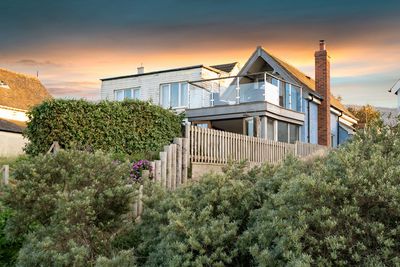 Discover our collection of self-catering homes, hotels and B&Bs across the UK & Europe, all within three miles of the coast. 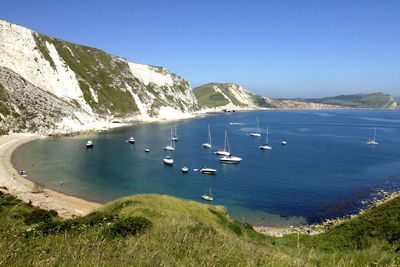 Coastal destinations for an off-peak getaway

We reveal five of our favourite coastal destinations for an off-peak, off-stress escape.